The Faith of a Thinker

The Faith of a Thinker

There is a consensus that Faith (with the capital F) is an exclusive territory of religion and spirituality. For thousands of years, faith has been used by the Church as an authority and edict to proclaim that their truths are the only truths conclusive available for the people. As such, it was used (and abused) for centuries by the same Church to exterminate (excommunicate) people who did not reciprocate with the same sentiments, faith.

They made strong assertions that these people had “lost” their faith or had no faith at all.

As we can notice – everyone can have faith. But we all differ as to whom or where we give our faith. Faith is essentially a belief, a personal philosophy.

Let us start with contextualization. Faith is a personal belief and philosophy to whatever kind. A belief is a concept and idea that has been formulated through thinking. Thinking is a process of reflection, realization, and reasoning. A thinker is an individual who exercises his right to think for himself.

“To think for himself.” This humanistic dogma is the life and blood of a warrior whose battle is in the intellectual arena. It is a quest in search of what is right, of the truth, of something that is pragmatic, logical, scientific, and beneficial to mankind.

And this is what religions are afraid of. They do not want their flocks to think for themselves. They want them to have a strong unquestionable faith. They want them to believe in the revelations and dogmas of the Church. If they proclaim that a Pope is infallible, there is a purgatory, or sins are forgiven in the form of confession – the followers should embrace that truth as solid and absolute.

Now, imagine you are one of those members of that Church – and in your conscience – you cannot accept such beliefs. “You think for yourself.” Your reason cannot accept the teachings of the Church.

You might have lost your faith, but you have found a different key to unlock the truths. The key is your reasoning power. It liberates you from fear and errors. Reasoning is the enemy of the Church. The war between good and evil is tested on the battleground where one becomes free…

The faith of the thinker is essentially on the power of reason and science. A faith in which the conviction lies in the commitment to achieving what is logically proper. A faith that resides in man’s ability to make this society better through science and technology. A faith in which wonder is in medicine and invention. A faith that saves lives through medicines and doctors.

A thinker believes in a higher purpose that benefits mankind. A morality that is based not on eternal rewards but on how we deal with people and society while we are still alive. There are no miracles but only wonders given by certain circumstances.

Can a thinker believe in God? Or to be precise: can an atheist believe in an “alternative God”? What if Science and Reason are “Creators in its own kind” from the perspectives of a freethinker? Does atheism qualify as well as a religion? A “religion” based on the power of reason rather than prayers? A faith that is fundamentally emanating from thinking?

Well, some would say this is “blind faith.” A misguided kind of faith. For them, absolute faith is an absolute acceptance of the teachings. You can never question authority! Hence, a “child” of God will obey whatever is commanded. Such kind of faith in which reward is eternal salvation in paradise!

But for a thinker who “was once lost but now found” – in the abyss of this infinite horizon of Universe – with his telescopic perception and thinking: the narrow gates to freedom are opened.

This is the thinker who has seen the light from the shadow of mankind’s desire to seek the truth. This truth is his bible. He will live and die in this world with joy and peace in his heart. He will live with contentment that he is able to exercise his right to think in pursuit of freedom and happiness. In his solitary confinement where books and nature are his best companions, he will continue his journey towards the attainment of enlightenment. An intellectual nirvana!

Such faith that no miracles and eternal rewards are required to obtain peace and happiness! Now!

This is the faith that only reasonable people can totally understand.

I believe in Reason,

The Ultimate Power to be Free,

Liberator of Ignorance here on Earth.

And in Science, where wonders become real,

Emanated from man’s quest to a better life,

Born from the imagination of mankind,

Suffered under the guise of Dogma,

And thousands murdered from the Inquisition.

The day came for Enlightenment,

From errors to truth,

From fear to freedom,

From guilt and punishment,

To peace and joy.

I believe in Logic and Common Sense,

The Pursuit of Happiness,

The Quest for Truth and Meaning,

The Wonder and Beauty of Nature,

The Freedom of Humanity,

The Birth of Knowledge,

And Life on Earth worth Living.

Allow me to end this with the poem of W.B. Yeats.

Once every people in the world believed that

trees were divine, and could take a human or

grotesque shape and dance among the shadows;

and that deer, and ravens and foxes, and

wolves and bears, and clouds and pools, almost

all things under the sun and moon, and the

sun and moon, were not less divine and

changeable. They saw in the rainbow the

still bent bow of a god thrown down in his

negligence; they heard in the thunder the sound

of his beaten water-jar, or the tumult of his

chariot wheels; and when a sudden flight of wild

ducks, or of crows, passed over their heads,

they thought they were gazing at the dead

hastening to their rest; while they dreamed

of so great a mystery in little things that they

believed the waving of a hand, or of a sacred

hood the moon with darkness. 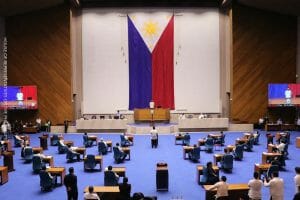 Anti-Blasphemy provision on new House bill causes alarm among Filipino humanists By Joshua Villalobos HAPI Scholar | HAPI-Bacolod Member This past January, a revised version of House Bill 10569 or the Magna Carta on Religious Freedom Act was approved by the House of Representatives of the Philippines, raising concerns anew among humanists and atheists in […] 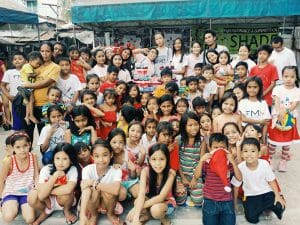 HAPI’s fourth anniversary celebrates years of gifting humanism to Filipinos. It has been four years since philanthropist Marissa Torres Langseth founded Humanist Alliance Philippines, International (HAPI). The organization’s purpose of sharing goodness, inspiring minds, and giving love to humanity carries on. Truly, a world that champions science, logic, and empathy towards morality and evolution is […]

How Too Much Religiosity Can be Dangerous in Times of Calamities 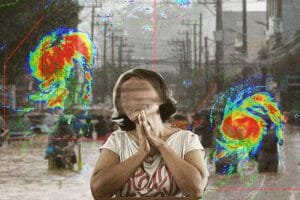 How Too Much Religiosity Can be Dangerous in Times of Calamities by Joshua Villalobos Bacolod City   “It is their fault because they didn’t leave.” “They deserve that; They should have evacuated.”   These are the common lines of victim-blaming that circulate after a strong typhoon or a serious calamity happens. The concept of leavers […] 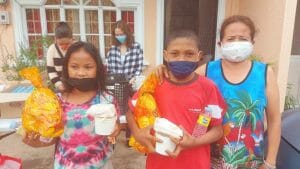 HAPI Jr. Holds Brunch and Gift-Giving for Bulaceño Kids! By Angie Driskell HAPI Jr. Ambassador The children of HAPI-Bulacan said goodbye to 2021 and welcomed 2022 with a brief year-end activity last January 2, 2022. Thanks to very generous donors, the HAPI Jr. Bulacan Brunch and Gift-Giving ensured that each child participant received a toy […] 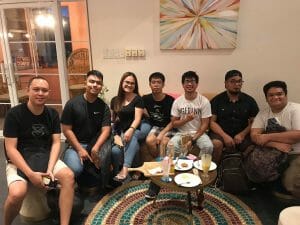 A Short Trip to Dumaguete Written by Alvin John Ballares March 10, 2020 Dumaguete City, Negros Oriental It’s been 6 months and 5 days long since I last stepped foot on Negros Island, some 688 kilometers away from Metro Manila my current home. A downpour greeted me upon arrival at Bacolod airport. Then I had […]

RADO GATCHALIAN is originally from Dagupan City, Philippines, and now based in Sydney, Australia. He finished his Bachelor of Arts in Philosophy and Psychology at the University of Luzon, Dagupan City. Prior to moving to Australia, Rado used to work in the academe as an instructor, guidance counselor, and head of Extension Services at the University of Luzon and Urdaneta City University. Among the subjects he taught were Philosophy, Psychology, Rizal, Humanities, Guidance, and Counselling, etc.