The usage of plastic bags has caused both convenience and inconvenience in our daily lives. It caused environmental hazards as most plastic bags do. The danger starts when the wrong type of plastic is of direct contact between the hot edible items and the plastic itself. In the world, where there are thousands of plastic factories that are producing tons of plastic bags. The globe was changed day by day and now it became more challenging in living life. Single-use plastics make up a huge percentage of our global waste. In just a public market alone, 48,000 single-use plastics are taken home every day—and who knows where these will go?

City Ordinance 2014-03, “An Ordinance Regulating the Use of Plastic and Styrofoam in the City of San Fernando and Providing Penalties for Violations Thereof”, otherwise known as the ‘Plastic and Styrofoam Regulation Ordinance’. The ordinance covers the plastic bags and styrofoam food containers used by business establishments and ambulant vendors.  It is the policy of the City Government of San Fernando which aims to institute mechanisms in order to maintain the integrity of the environment through wise solid waste management practices. In addition, it prohibits the use of plastic bags for dry goods, plastic straws, and plastic or Styrofoam plates, cups, and utensils (except for takeout items). Selling plastic bags is also not allowed.

According to the 2017 Report of the City Government of San Fernando, La Union Sanitary Landfill, the most evident kind of waste being collected were the following plastic bags, sachets, straws, Styrofoam, plastic bottles, dry packs, and sanitary napkins. Plastic bags (sando bag) led them all with 5.8 grams per capita.

In an effort to make this shift easier for consumers and the market, volunteers from Lupon ng mga Indibidwal na Nangangalaga ng Kalikasan (LINK), Young EarthSavers Society Bacnotan, The Plastic Solution, and La Union Soul started a campaign called Sustainable Palengke. The mission was to raise awareness about the ordinance, document and study single-use plastic usage in the city, and educate market-goers on the positive impact of bringing reusable bags. As for the data gathered, every 15 minutes in the different entrance/exit corners around the market, it took 500 pieces of plastic bags being out in the market and used by the consumers.

“There seems to be a gap between the law being implemented, and the people following through. People do not understand why they needed to shift to reusable bags,” says Steven Angelo, President of LINK.

On March 15, 2017, the groups visited San Fernando Public Market to start their on-ground campaign. Aside from individually talking to sellers, posters were put up showing how plastics make their way into the sea, to the marine creatures, and eventually to peoples’ plates. Other volunteers took over stalls and sold produce while educating buyers about why they should consider reusable bags. Eco-bags were also distributed for free in exchange for buyers’ plastic bags. Mr. Steven Angelo also initiated interviews for the vendors about the effectiveness of the ordinance, as part also of his research study.

The Sustainable Palengke has been passed on to the next generations which became an annual and special project of the LINK in-charge by the Brown Environment Committee which focuses on Solid Waste Management and Land. It is now conducted quarterly as part of the monitoring tool of the organization.

Recently, Last January 2020, in celebration of the Zero Waste Month, the young greens have conducted the project and have its plastic-survey test around the entrance/exit points of the market and hereby observed that the use of plastic bags around the market has eliminated, from 500 plastic bags per 15 mins, it trends to 500 plastic bags per 50mins. This becomes an indicator that the project has helped to improve the implementation of the ordinance and attain a plastic-free and sustainable market. 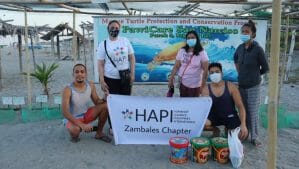 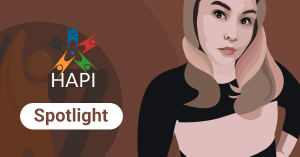 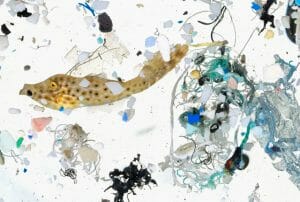 Why We Should Worry About Microplastics By Joshua O. Villalobos HAPI-Bacolod Member & HAPI Scholar   Here is cause for concern: microplastics have been found in bodies of water, air, soil, the food we eat, and even in our bodies! Microplastics are extremely small pieces of plastics produced when plastic disintegrates or because of industrial […]

Our Education During a Pandemic

Glemir Sordilla July 2020 Bacolod Reminiscing about back in early March when I can still feel the heat due to the crowds of students piling up in my school’s hallway accompanied by their rowdy remarks while we were all trying to get our teachers to sign our clearances. (). The news of the deadly COVID-19 […]