During the 2016 Asian Humanism Conference themed “Old and New: Timeless Solutions to Modern Challenges” held last August 6 and 7, Humanists from across Asia convened at the National Taiwan University in Taipei, Taiwan to discuss Humanism and humanistic values.

The event was composed of a multi-national list of speakers and attendees from 14 different countries with varying backgrounds. Six IHEU or IHEYO members or volunteers, from Pakistan, Nepal, Singapore, Taiwan, and the Philippines were able to join the event.

HAPI Youth Affairs and IHEYO Representative Danielle Hill talked about the challenge of reclaiming women’s place in social narratives by going back to Asian society’s roots, finding strong female characters in traditional tales and histories, and using those stories to prove that what feminists want to accomplish isn’t a new thing, but something that was there before and was taken away.

The issue she tackled was about how contemporary women in Asia are trying to speak up for themselves and to be more active participants in the marketplace of ideas, especially in online platforms, but that they are being silenced and shot down. According to Ms. Danielle Hill, Online misogyny is alive and kicking, and the surprising thing is that the bulk of the abuse comes from fellow women.

Ms. Hill’s notions at the event were as follows;

Notion 1: One reason for this (Online Misogyny) is because of the patriarchal culture that has been perpetuated for so long, that woman empowerment has been erased from the social narrative. Gender equality is seen as a “new” thing, when in reality, it is not. It is and has always been there, but women have been pushed out of the story and relegated to the sidelines.

Notion 2: Indigenous Asian culture is very accepting of gender identity and equality. In the Philippines, for example, there is a tribe called the Teduray that has a concept of transgenderism. In pre-Hispanic Filipino culture, there were women called “babaylan” in every community, who served as political advisers, healers, and teachers.

Notion 3: story-telling is an integral part of Asian culture, and a crucial weapon in the battle of ideas. Being represented in narratives makes women feel more empowered (like, “I’m not asking for anything, this was mine to begin with”).

Voices from prominent Asian humanists, past and present, combined to echo a development of an Eastern Humanism rooted in eastern values rising alongside and in support of Western Humanism. 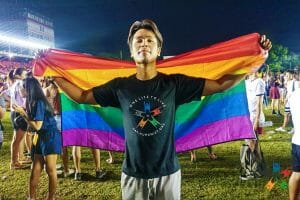 Seriously, why are you still a Catholic?

In times when I get into conversations with Catholic friends about the controversies hounding the Church — as a recap, the list goes from Inquisitions to child rape to cultural genocide — they’re quick to denounce the controversies. Over the years, I’ve been told many variations of “As a Catholic, I abhor it.” Now it’s […] 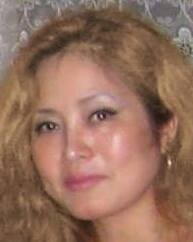 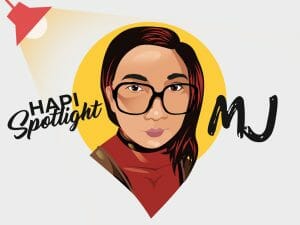 Sherwin Dane Haro Nov. 3, 2020 San Jose, Antique, Philippines Audio narration by Shane Haro All too often, we hear stories about people who experience a painful childhood and come out the other side too broken to ever enact positive change in the world. Mutya Valenzuela, HAPI Board of Trustees member and one of the […]