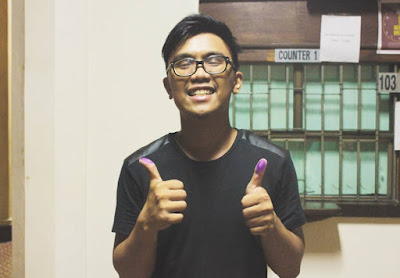 February 19, 2016
I don’t want to start my birthday with loads of negative emotions, so I’m just gonna let these all out.
You already probably heard about it. Yes, about Manny Pacquiao’s statement, his usage of words from the Bible to back it up, and the outrage of the LGBTQIA+ community against it.
Now, I want to start by saying that I do understand the Christians’ take on this issue because I, myself, grew up in a Christian family. For 20 years, I’ve witnessed and even experienced how it is to “live for Him”. However, for 17 of those years, as I was actively leading Bible study sessions, and organizing fellow Christians, I’ve been secretly “struggling” with homosexuality.
2013, I “came out for love” to my family, and it was difficult for everyone. Difficult for me because I never really wanted to disappoint my parents, and difficult for them because they’re strongly against homosexuality, but then their own son is a homosexual.
It was even more difficult after, when a lot of my Christian friends and leaders learned about it. To contextualize, back then, Christianity was my life. My circle of friends were all Christians, I spent most of my free time in church, in small group Bible studies, and in prayer meetings. But after knowing that I was a homosexual, most of my friends were gone faster than a blink of an eye.
Now here’s what I want to point out. It’s sooooooooooooooooooo easy for other Christians to voice out their stance and condemn the LGBT community, but what they fail to see is that they’re also actually very insensitive towards people in their own church, in their own Bible study groups, in their own circle of friends, or even in their own family.
For the past three years, I’ve encountered a lot of LGBT people inside the church. I have childhood Christian friends who were, and still are, afraid of coming out for fear of being judged by their own families. I have met a lot in different churches who are “struggling” but who enjoys the occasional escapes. And the saddest part is that, I know of several fathers who are closeted gays, and are forced to live the rest of their lives the way society wants them to (even forced to pretend they’ve changed).
Again, the LGBT community is everywhere, even inside your churches. The reality is, we’re your childhood bestfriend, your friend in your Bible study group, your worship leader, your pastor, your brother or sister in Christ, your sibling, your cousin, your pastor, or heck, even your parent.
I cannot persuade you to change your stance on this sensitive issue, but please, before you say anything, make sure you say it out of genuine love. Before blurting out anything, think about your words, and try to replace LGBT/homosexuality with heterosexuality, and see if it does not come offensive to you. I’m saying this because it’s not our choice to be homosexuals, as much as it is not your choice to be straight. Okay?
Thank you. Happy birthday to me. Yay!
Isaac is an activist of UP Cebu Ligaya and a HAPI- UP Cebu Representative. 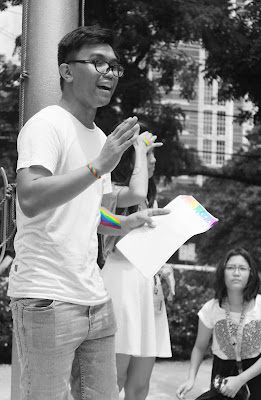 Humanist Alliance Philippines, International (HAPI) and Department of Environment and Natural Resources (DENR) organized another Manila Bayside Clean-Up on June 2nd of 2018 at Las Piñas-Parañaque Critical Habitat and Ecotourism Area (LPPCHEA). In attendance were members of the Metro Manila Chapter, beneficiaries of Kids Nutrition Campaign and Secular Humanist Advocacy Development and Education (SHADE), and other […]

What We Can Learn from Jesus by Junelie Anthony Velonta   Many who live the secular lifestyle shun religious texts and teachings. While it is understandable as some texts and beliefs are reminiscent of divisive bronze age traditions, and as such have no place in the modern world where equality is key, those that do […]