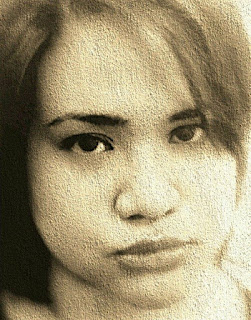 I joined HAPI in honour of the borderlands, “Other” child I used to be; to retroactively tell her that curiousity, wonder, and questions are not sins needing absolution, but rather, they are wings that make me soar above the clouds to get a better view of the human condition. Joining HAPI is more than just coming home; it is realizing, for the first time, that you have a home. HAPI is not just a membership into a community of diverse individuals, but a validation that diversity in beliefs is not the “other,” but simply “another”.
As the child of the colonizer and the colonized–half-Hawaiian American and half-Filipina–my identity is an amalgam of contradictions. In his song “Natives,” the Irish singer Christy Moore sang about “missionaries and pioneers [being] soldiers in disguise” and how “the fishers of men wave their truth like bait; with the touch of a stranger’s hand, innocence turns to shame, [and] the spirit that dwelt within now sleeps out in the rain.” As I reflect on my personal, ancestral, and national histories, the more I realize that the Catholicism that came into our lands on white-washed ships is an anathema to the belief that my people and history matter. It is through religion that innocent people–another–were relegated as noble and ignoble savages–the other. It is because I wish to reclaim my history and to revitalize the notion of ALL LIVES HAVING VALUE that I turned to Humanism.
Humanism is the belief that living creatures matter and have a voice; life means representation. Humanism, I believe, is a belief system that enables human beings to lift themselves out of victimhood; it is the notion that as flawed as we may be, we have the potential to be our own superheroes if we choose to be. More importantly, Humanism stresses that because we are all in this world together, we can uplift ourselves without pushing down those that we deem as “the other”.
HAPI and the presence of Humanism in the Philippines are proof that after centuries of colonization, after decades of conditional yet sometimes destructive love from the Catholic Church (lack of contraception and correlation with HIV/AIDS epidemic), Filipinos are finally ready to say no more; we are ready to stop the cycle of systemic oppression disguised as the Church’s teachings.
HAPI exists because we are each other’s keepers even if religion and apathy try to divide us. 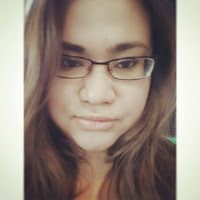 Written by: Leilani Angel
She studied linguistics at Harvard and has an Ed.M (focusing on Linguistics and teaching English to ESL learners from Northeastern.)

A Plea to my Costa Rican Friends

This upcoming election features a candidate who is stirring much of the population in a direction that appears to be “righteous” and follows “God’s laws”. The issue of political corruption, when observed from a historical perspective, becomes a moot point in contrast to the implications of religion that one candidate is distinguishing himself upon. Without […]

On January 20, 2018, at 3 PM, Humanist Alliance Philippines, International (HAPI) – Kids Nutrition Campaign gathered the children of Ilaya Street in Muntinlupa City for a healthful feeding program and values education by the tracks. The program was spearheaded by Jamie Del Rosario-Martinez, HAPI Executive Secretary, and Liberty Baconga-Dedicatoria, HAPI Merchandise Officer-in-Charge, alongside other […]

By Van Catayong HAPI-Zambales Lead Convenor “Kapag meron kang choice, piliin ang maging mabuti.” – Garry Rabang We are proud to inform everyone that HAPI-Zambales’ efforts these past few months have been noticed by the local media! Last May 11, our baking workshop was featured on Morning Balitaktakan, a morning talk show by RNG-Luzon (formerly […]