Posted by admin | Posted on March 1, 2016
I had a personal encounter with Jesus in Cebu last weekend, at this wonderful place called Hamerson’s Hotel. I was one of the guest speakers at a leadership meeting and general assembly of Humanist Alliance Philippines, International (HAPI).
I was having my breakfast when Bobby Olarte, the event chairperson, came over to my table and asked, “Have you met Jesus?”
I stared at him for a few seconds, wondering if he was serious. He seemed to be, so I mumbled, “Uh, well, you know, not personally, but…”
“Oh great, let me introduce you to him,” he said, then turned around to a neatly-dressed young man behind him who extended his right hand towards me. “Andy, meet Jesus,” said Bobby and we shook hands. Since I’ve always been encouraged to get to know Jesus more, I decided to take this time to do so.
“Jesus” turned out to be Atty. Jesus Falcis III. And no, he is not “He-sus.” His name really is pronounced as  “Jee-zus.” His friends found it amusing to call him that when they found out he was an atheist. Eventually, the name stuck and he has taken to introducing himself as “Jee-zus.”
Oh wait, did I just say Jesus is an atheist? Here’s another fun fact. Not only is Jesus an atheist, he is gay as well. That statement should make Manny Pacquiao and his bible-thumping fans squirm a little.
Jesus made headlines last May, 2015 when he filed a 31-page petition to the Supreme Court seeking to legalize same-sex marriage in the Philippines. The petition is the first of its kind for LGBT rights. The usual route is to go through congress, and while there have been actual bills authored in the past,  none of them have seen the light of day. Perhaps because politicians inclined to back such a bill would hesitate, as doing so may offend their predominantly Catholic or Christian voter base and hurt their chances of winning a second or third term.
Jesus’s method seeks to short-circuit the process by going directly to the Supreme Court, and arguing that the 1987 Family Code (Executive Order 209) — which defines marriage as between man and woman only — is unconstitutional. The 1987 Constitution itself does not define marriage as between man and woman, nor does it limit a family (Article 15) as being composed of one male and one female spouse.
In an article published in Rappler last January 2016, Falcis stresses the inequality in how LGBT people’s rights are treated and how equality simply cannot wait.
“Gay Filipinos will continue to be born and raised while equality waits. Gay Filipinos will continue to grow up in a society being bullied and ridiculed while equality waits. Gay Filipinos will continue to grow old and die, alone or as a couple deprived of legal protections, while equality waits.”
He further states that same-sex marriage harms no one while benefitting many.
“If you’re straight and not gay, you’re not forced to marry the same-sex. If you’re religious and do not believe in same-sex marriage, you’re not required to enter into one or to perform religious ceremonies for gay couples. If you’re bigoted and just irrationally hate gay people, you are not forced to love them.
When same-sex marriage is allowed, the world will continue to revolve and you can continue with your own life. When same-sex marriage is prohibited, the world of LGBT people stops when they want to elevate their relationship to a legal status.”
One argument against same-sex marriage is that same-sex couples are unable to procreate. However, the law does not prevent heterosexual senior citizens (where women are past the menopausal stage) to marry nor does it prevent sterile heterosexual couples from marrying. The inability to procreate thus cannot be a valid ground for preventing same-sex marriage because the law cannot be discriminatory.
Another argument is that children raised by same-sex couples will grow up with psychological and sociological disadvantages because they will not have a role model either for their own gender, or for treating the opposite gender. This line of reasoning, however, is refuted by studies such as those conducted by Biblarz and Stacey in 2010 who concluded that “the gender of parents…has minor significance for children’s psychological adjustment and social success.”
Furthermore, Jesus argues that “Homosexuals can raise children well in the same manner that heterosexuals can. While there is no assurance that gays will not be bad or incompetent parents, there is also no assurance that heterosexuals will not be bad or incompetent parents.”
Of course, Jesus doesn’t expect things to be easy. He readily admits that the Supreme Court could simply dismiss his arguments, given that this is a very sensitive issue and given the conservative, religious nature of most Filipinos, public officials included. The battle will be long, drawn-out, and hard-fought, but given the positive results seen in the United States, Ireland, and many other progressive countries, it is a battle that he hopes to win and see equality happen in his lifetime.
And in this cause, I trust in Jesus.
Originally published in Sunstar Davao.
Email me at andy@freethinking.me. View previous articles at www.freethinking.me. 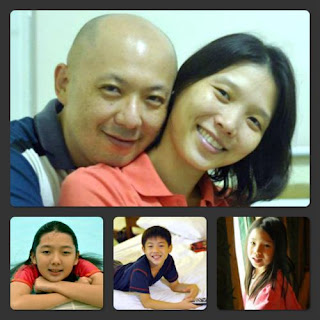 Andy Uyboco is happily married with 3 kids. They  live in Davao, Philippines.
He is also with Filipino Freethinkers-Davao Chapter

A HAPI Teaser of our General Assembly!

An Important Announcement from HAPI

Humanist Alliance Philippines, International hereby confirms the following information for the knowledge of all our members, donors, and affiliates: The former Chief Finance Officer, Edwin ‘Dweng’ Bulaclac, Jr. was relieved of his title and duties after his unauthorized leave from the organization in November 2020. He is no longer affiliated with HAPI. The current Chief […]

Planeteers Unite! When HAPI joined Planet Cora Written by Mutya Valenzuela February 9, 2020 Las Piñas City, Philippines   January 24th marks the first Planet Cora Coastal Clean up for the year 2020 and as the HAPI Secretariat Head Operations I would not pass up that chance of joining them.  I have always been into […]