HAPI will be having its first General Assembly on 21 February 2016 in Hamersons Hotel, Cebu City, Philippines. The purposes of the GA are to strengthen the strategy of the HAPI organization and the sense of community of members. “We believe that there is strength in numbers and diversity,” says Founding Chairperson Marissa Langseth.

The event is exclusive to Chapter leaders and members, and members of the Executive Committee. HAPI Assistant Chairperson Bobby Olarte will chair the Assembly, as well as represent the International Council.

Highlights of the event include: a panel discussion on promoting secular governance in the Philippines, to be led by Atty. Jesus Falcis; a lecture on the topic: “Why does secularism and humanism matter?” by noted columnist, blogger and businessman Andy Uyboco; and strategic planning for the HAPICON 2017.HAPI will also announce the recipient of the Humanist of the Year award.

The event is sponsored by individual donors from HAPI based in the USA and Europe: notably Cris Rafael Silao, International Liaison Officer, and Langseth herself, who will sponsor the solidarity dinner as a post-assembly event.

Other sponsors include OFW and local members in Cebu, the American Humanist Association, and Atheist Alliance International. 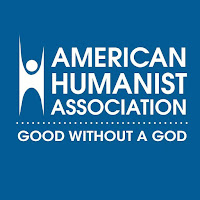 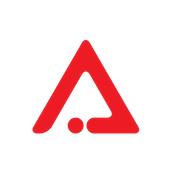 HSCP kicks off with the Parent Orientation and Seminar

HSCP Parent Orientation and Registration   In line with the upcoming April-May event, the Parent Orientation and Seminar on Separation Anxiety in Children and Parents of HAPI Summer Class Program (HSCP) was held at the Milenyo Daycare Center, North Fairview, Quezon City on February 22, 2017. The event was hosted by Ms. Jean Karla M. Tapao, […]

Steven Angelo July 2020 City of San Fernando, La Union When we go up north, we always aim to be in the City of Pines, Baguio City, to feel its cold weather, to mesmerize the beauty of Cordillera Mountains and to feel the bristles of pine trees. Intimate love for Baguio means in-depth love for […]

Attending the Asian Humanism Conference (AHC) 2019 in Singapore of this month was my first ever formal experience in the world of humanism. I cannot help myself feeling immense pleasure to represent Humanist Alliance International Philippines (HAPI) and to be a part as a delegate in this event.    So what is the Asian Humanism […]