HAPI in Attendance: A Workshop on Protecting LGBTQ+ Families Under the Current Legal Framework

HAPI in Attendance: A Workshop on Protecting LGBTQ+ Families Under the Current Legal Framework

An invitation was sent to HAPI a few weeks ago to attend a seminar which aimed to arm LGBTQ+ individuals and their families with appropriate legal knowledge so they would be able to protect themselves in accordance with current laws in effect in the Philippines.

This workshop is sponsored by the Gender Law and Policy Program of the UP College of Law which in essence wants a gender fair and gender responsive community and a legal community that would respect the rights of all individuals no matter their sexual orientation, gender identity and expression. 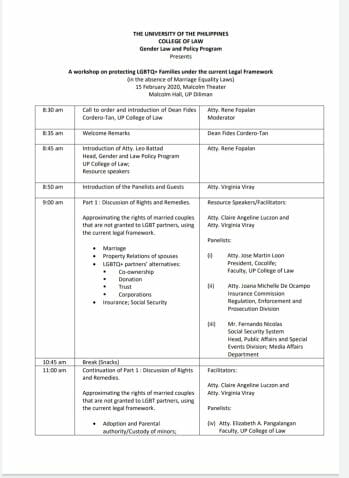 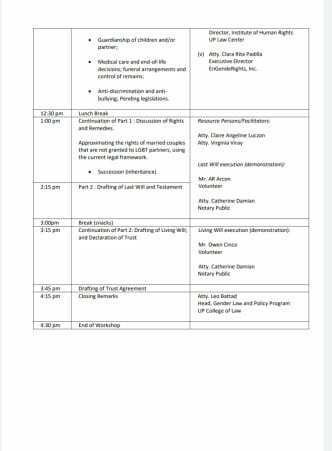 In the absence of marriage equality laws, the workshop targets the lay persons with some guidance on what laws could be used as well as how to go over the very basic everyday questions which for heterosexual individuals and couples would be considered as a standard right.

Topics discussed were about marriage, property, insurance, having children, guardianship of partners (spousal rights like in medical emergencies), pending legislations on anti-discrimination, and issues on succession.

(1) MARRIAGE
Who can marry in the Philippines?
Family code is based on sex at birth

Can you change your sex in your birth certificate?
For transgenders, no. For Intersex, yes.

(2) PROPERTY RELATIONS
We are not allowed to marry so our properties are not community property.

Intestate Succession – the relative nearest in degree excludes more distant ones (except through representation). Relatives in the same degree inherit in equal shares.

If no compulsory heirs, you may dispose all of estate in favor of any person having capacity to succeed.

Preterition of compulsory heirs in the direct line annul the institution of heir; but devises and legacies are valid to extent not inofficious.

A will must be proved in Court. Must undergo probate proceedings. 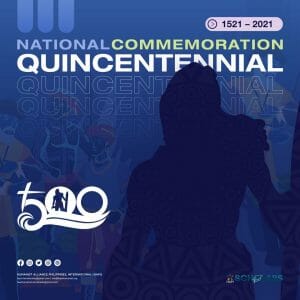 Everyone knows the date. The legacy of Yoyoy Villame will forever outlive him as Filipinos all over the islands and all over the world sing March 16, 1521 with the one rhythm everyone seems to know. Yet, as widespread as that song is, it isn’t entirely correct. Of course, the jokes about Magellan crying for […] 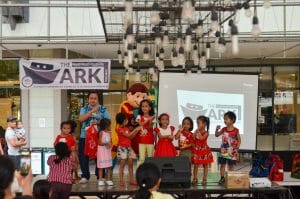 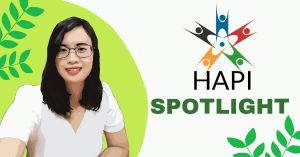 By Sherwin Dane Haro Editor-in-Chief / HAPI Scholar       With everything going on in the Philippines politically and the pandemic’s persistent onslaught, it might be hard for Filipinos to consider environmentalism as an urgent priority at the moment. But don’t let environmental engineer Diosa Marie Aguila-Aguirre hear that. Not only does she know that […] 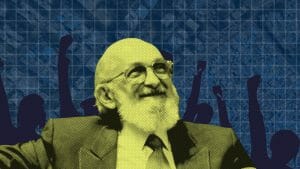 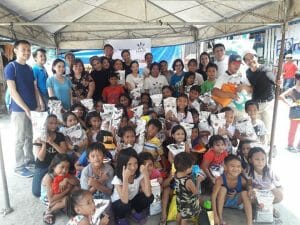 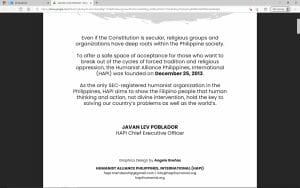 HAPI Secular Calendar: First of Its Kind By: Kryshia Gayle Solon Humanist Alliance Philippines, International (HAPI) launches its very first secular calendar globally, first through the Philippines. The HAPI calendar highlights the quotes that intend to educate about concepts that revolve around human progress and human morality–Humanism. What makes the HAPI Calendar interesting? Not only […] 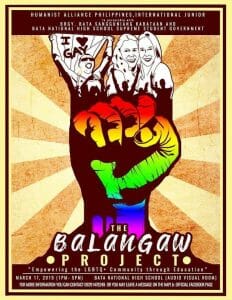 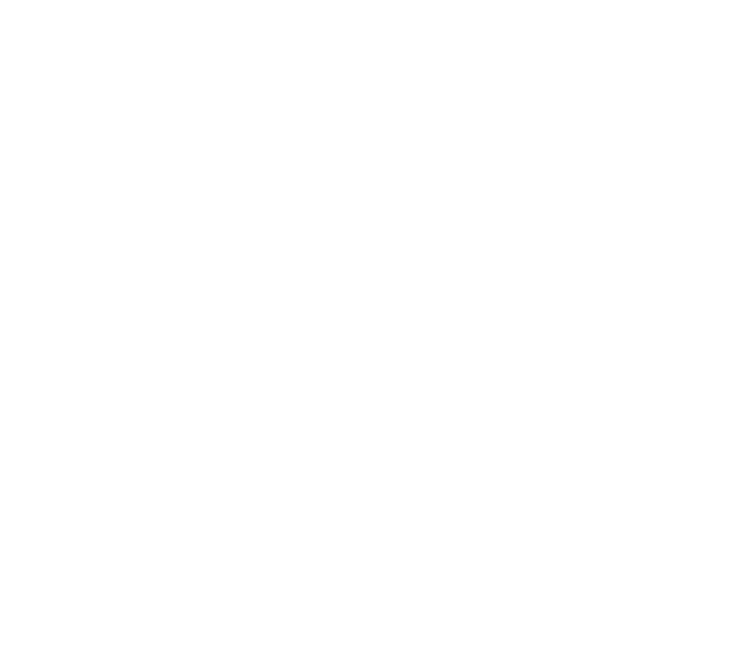