A gathering of humanist organizations all over the world and headed by the Humanists International with world conference host Siðmennt, or the Icelandic Ethical Humanist Association, the event was held at the Askja, University of Iceland. The world congress was a three-day spectacle which started Friday, May 31 with a conference held with the Young Humanists International (YHI) simultaneously with the European Humanist Foundation (Fédération Humaniste Européenne, EHF-FHE) then a lecture series the next day hosted by Siðmennt, and then followed by a gala dinner June 01. On the third day, June 02, the General Assembly of the Humanists International was held which was then followed by a series of seminars/humanist training sessions which tackled on humanist ceremonies and counseling and another one on humanist campaigns and communications.

The Askja, University of Iceland

“The General Assembly brings together representatives of Humanists International Member Organizations from all over the world to form the democratic governing body of the humanist movement. We hold our General Assembly each year in conjunction with a conference hosted by one of our Member Organizations. In 2019, we’re in Reykjavik, hosted by the Icelandic Ethical Humanist Association, who are holding an international conference on Saturday 1 June.”

The participants of the Young Humanists International (YHI) Conference, Day One. 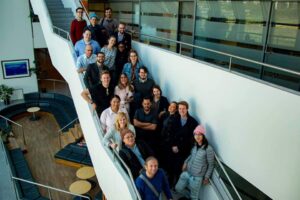 Conference 2019
Siðmennt – the Icelandic Ethical Humanist Association
What are the Ethical Questions of the 21st Century?
Askja, University of Iceland
Reykjavík, June 1. 2019

Day 02 of the humanist gathering in Iceland was a conference sponsored by Siðmennt. To open the said event, a welcome address was made by the president of Iceland himself, Mr. Guðni Th. Jóhannesson. Most Icelanders support the separation of the church and the state so it is not surprising that the majority of Icelanders do not consider themselves religious. In his welcome speech, the president outlines the history and diversity of belief in Iceland and concludes: “The religion of one, or many, cannot be the basis of laws of the land.”

This conference was divided into four (4) sessions tackling the Environment, Refugees, Economic Injustice, and finally Democracy.

We begin a session now on the environment and the climate crisis. pic.twitter.com/CCWElq8SBu

Auður Önnu Magnúsdóttir (General director of Landvernd, the Icelandic environmental association) stresses that we need “to cut the ties between finance and politics”, stop thinking in terms of quarterly reports and more in terms of future generations, and “reconnect with nature”.

“We are in an overwhelming situation”, says academic Guðbjörg R. Jóhannesdóttir. And maybe in this anthropocene era, we need “a new understanding of what it is to be a human being”. pic.twitter.com/wliyvqrGwy

Sian Berry, co-leader of the UK Green Party, outlines her ethical questions, including how we involve people – everyone – in the necessary transformation of society. “Never before has the need to bring capitalism to heel been so great,” she says. #HumanistsIceland pic.twitter.com/6Qxjlwi4UZ

Session 2 has begun, on refugees and migration. Þórunn Ólafsdóttir has worked to aid refugees in extreme situations. She recalls having to deliver aid in circumstances where there wasn’t enough food, humanitarians forced to choose who would get to eat or not. pic.twitter.com/PlGdVPRm7V

Guðmundur “Gummi” Ævar Oddsson kicks off the afternoon session on economic injustice. Notes that social class is often thought of as “unmarked” in Iceland, but that doesn’t mean it does not exist. #HumanistsIceland pic.twitter.com/LjF2rnSMzx

To resist the “grievance structure” of populism we should think less of “defending democracy” and more of “social engagement” with the criticisms of populism which are not altogether spurious or false, says Ólafsson. How do we empower people who feel politically at sea?

Jón Ólafsson from the University of Iceland discusses populism, seen as a “degraded form of democracy”, and tending toward authoritarianism. But we must recognize that populist narratives may, he says, pose some real moral challenges to existing structures. pic.twitter.com/EelQBf30K2

With Roslyn Mould of the Humanist Association of Ghana, now also a Board Member of HI

With Kato Mukasa of the Uganda Humanist Association

With Dan Barker of the Freedom From Religion Foundation (FFRF)

With Annie Laurie Gaylor of the Freedom From Religion Foundation (FFRF)

An Icelandic yeasty bread served during one of the coffee breaks

With Madhvi Potluri of the South Asian Humanist Association (SAHA​)

With Tom Hedalen, head honcho of Human-Etisk Forbund (The Norwegian Humanist Association) and a humanist celebrant.

With David Lopez, head of the French Humanist Society and a board member at the European Humanist Federation (EHF-FHE) and Daniel of Slovakia

With Christina Magallanes-Jones of Atheists United

Day 03 was the General Assembly conducted by the Humanists International headed by HI President Andrew Copson. In attendance also were HI Vice-President Anne-France Ketalaer and HI Chief Executive Gary McLelland as with the rest of the 2019 board members of HI.  Among the highlights of this assembly was the discussion and approval of  a new Reykjavik Declaration on the Climate Change Crisis, and approved changes to the Humanists International membership structure designed to increase democratic participation from newer humanist organizations. The new name, visual identity and corresponding website for Humanists International was demonstrated and welcomed by Board and delegates. For the Asian humanist societies who are tagged as associate members, this would mean voting privileges next conference henceforth.

Today the Humanists International General Assembly passed the Reykjavik Declaration on the Climate Change Crisis, setting new policy on the environment and what we believe must be done: https://t.co/iyKK4VfEGg #HumanistsIceland pic.twitter.com/6HwodJTAKI

With Roslyn, Christina, and Uttam Niraula – another HI Board Member

And finally Sidmennt’s Humanist of the Year Award goes to local school children who rose up to protest against the planned deportation of a classmate. The whole #HumanistsIceland conference rises for a standing ovation. Emotional moment! pic.twitter.com/3slTWJQHCz

Many thanks to our gracious host Siðmennt for a successful conference. 🙂

You can download the Annual Report of Humanists International (PDF).

Photo opportunity with the President of Iceland

Restaurant Reykjavik at Vesturgata, venue of the Gala Dinner 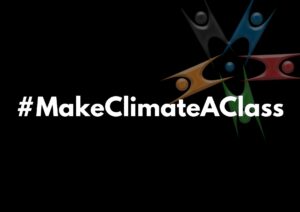 HAPI-Bacolod joined a host of other climate-conscious groups for “Istorya Klima: A Dialogue on ‘Solve Climate by 2030’ and Discussion on Local Climate Solutions” last April 9. “Solve Climate By 2030” is a global initiative kickstarted by the Center for Environmental Policy at Bard College to spark conversations about climate solutions. Since their first event, more […]

“When you laugh; you change and when you change, the world changes around you” – Dr. Madan Kataria Humanist Alliance Philippines, International (HAPI) launched its new fundraising event, “HAPI Laughter Yoga Class” last August 18, 2019, at the Rotary Center, Quezon City. Laughter yoga originated in Mumbai, India in 1995 and was the brainchild of […] 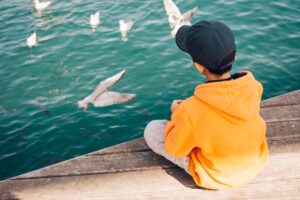 In the Eye of a Child by Eldemar R. Sabete Bacolod City When we were a child we only thought of playing and our only number one problem is where we can get our sense of belongingness and acceptance in our society. Do you still remember those days where you draw your dream house?  Do […]

The Diogenes of Mayberry Live at iChill Café April 8, 2017 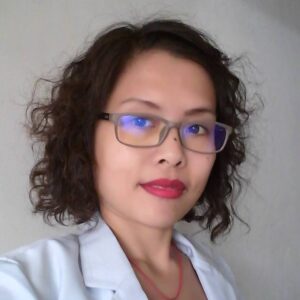 The Diogenes of Mayberry Live at iChill Café April 8, 2017 by Jinjin Melany Heger Our regular HAPI Meetup this month of April was honored with a special appearance from our guest… the notorious Diogenes of Mayberry himself, Mr. Jason Sylvester. Being the person who welcomed him, me being HAPI’s lead Manila convener, I got […] 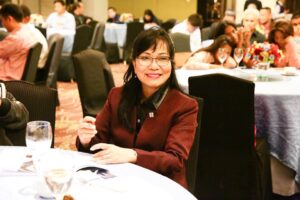 An NGO practitioner for almost two decades, Dee Bulaclac is a humanist and equal rights advocate who wants to promote critical thinking skills through education, civilized discussions and having a resolute voice in the darkness.