The Sinulog is Political:

– its religious symbolism and meanings are meant to reinforce the legitimacy of the Roman Catholic Church as a key institution of society.

– its cultural performances and artisitic interpretations are not only displays of parts of Cebuano identity but a potent projection of soft power on a domestic and even global scale.

– the sheer size of the crowd it draws annually is a rich source of revenue for the city government, and a rich source of political capital in the sense that national leaders and politicians flock to make use of the event as a platform for preference setting especially when elections are near.

– finally, the Sinulog as the “mother” of all festivals is a show to remind the province and its neighbors of Cebu’s status as queen city of the south. Imperial Cebu is indeed a reality.

Despite all the fun you had today, remind yourself that public celebrations serve bigger purposes than the hedonism our youth crave for. The Sinulog is not simply another destination for tourism. It is not even just for blowing off steam for the masses. Rather, it is a pageantry for power, a subtle exercise of myth making and socialization for everyone who would care to join in.

Which then begs the question for those who are non-religious and non-catholics: where do we find ourselves in all of this? Certainly, the revelry of the Sinulog Sunday is open to all yet the entire affair hints a lot about its seemingly exclusive vibes. For example, tourists from other countries are welcome to dance and party but do they really fit in or know about the context of the event they are in? Indeed, it seems quite funny how the Sinulog masquerades as a strictly cultural event when its subliminal messages are clearly religious.

Are we non-religious marginalized by sinulog? That I cannot speak for others, but as far as I am concern I feel out of place despite the fact that I have partied to socialize and possibly hook-up.

In the end, sinulog is also political for although the main narrative is clearly religious and Christian Catholic, its meanings for people are in a constant state of flux. Whether you are the average youth out for a good time or an adult with devotions to a perceived deity, sinulog is what we make of it.

Again, where do we find ourselves in sinulog? 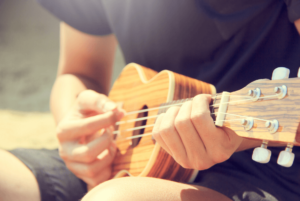 Keeping the Ball Rolling by Donna T. Darantinao Dumaguete City   Travels. Food trips. Escapades. Night outs. Classes in person. We all know that the pandemic has prevented a lot of group activities we have planned even before 2020 arrived at our feet. It is similar to an entire meal being put to waste because […]

Angelo Greñas July 2020 Every day, as I walk my way to school, I have this habit of covering my nose with a handkerchief, fearing that the polluted air might kill me on the spot. This is me when I was in my junior high school years, and yes, that was a very naïve act […] 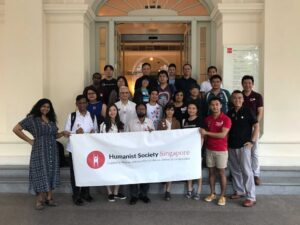 Attending the Asian Humanism Conference (AHC) 2019 in Singapore of this month was my first ever formal experience in the world of humanism. I cannot help myself feeling immense pleasure to represent Humanist Alliance International Philippines (HAPI) and to be a part as a delegate in this event.    So what is the Asian Humanism […] 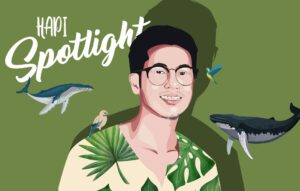 Sherwin Dane Haro Dec. 8, 2020 San Jose, Antique, Philippines Audio narration by Sherwin Haro. It was right after the end of hosting HAPI Scholars’ E-Numan: Secular Parenting and Coming Out virtual talk last Dec. 5 that I noticed something peculiar. Unbeknownst to viewers and Zoom guests, the broadcast team — which included the man […]