A HAPI member and Orlando resident reacts to the shooting in Orlando.

My hometown is in grief and shock. 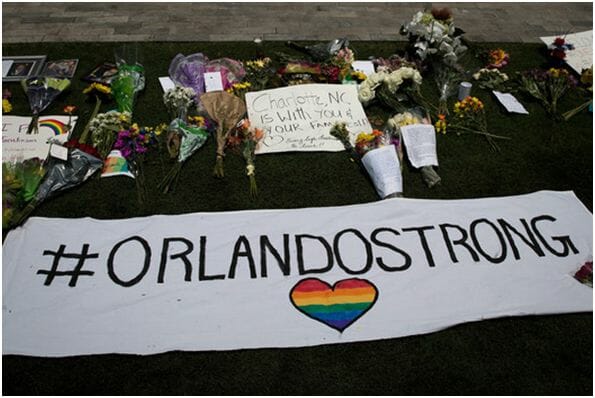 By Alex Mendoza Wisner, Orlando Florida
What is the real headline and the Root cause?

“Americans were killed in Orlando by hatred
and religion”

Hatred has many forms. The most heartbreaking in
this 21st century of modern humanity is a man, motivated by his religion,
giving up the one life he had, leaving behind a young son, wife and family, to
express his views with violence.

There is no mistake, he did it for a god.
He gave up his time, to be a father to his child, by taking the lives of people he never got to know.
They were strangers to him. They were not acting
as his religion would accept, they were of the others – The non-believers of his
radical god. His expected reward in his “afterlife” determined his
passion to kill in this life.
So as young people in Florida danced, sang, and
expressed (in their safe zone) the full expressions of identity, he would not
accept it because his religion would not. 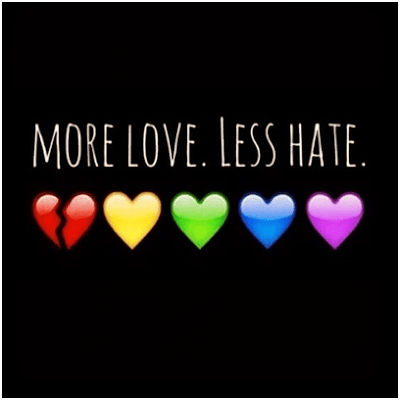 This
man had the freedom to escape. He could have traveled to many sandy, sun baked
countries we have heard of to live out his religious convictions in his
“safe zone, other countries that celebrate that kind of intolerance, but he didn’t.
Americans, more and more, are celebrating diversity. Religion has been
declining and gay marriages increasing. Churches in the USA mourn for the LGBT
now. The Gay community are more embraced and are part of the family. That is
not acceptance of the LGBT, it is the rejection of blind hatred based on
religion. A beautiful trend that saw an awful rejection this past week. The
shooter did not represent this new cultural shift. His identity crisis led him
to adopt a religion of the past and bring it violently onto the video screens
of this modern, interconnected, and more tolerant world.
Some
would say no place is safe. Were the gay Floridians killed for their sexual
identity? Their dancing? Their drinking? Their singing? Did a religion drive
the shooter to reject his own identity? 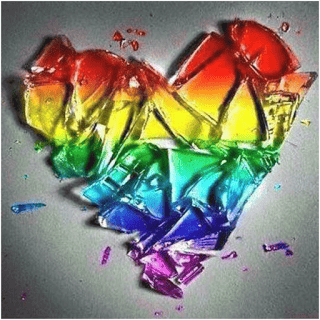 Our
world has no more patience for this intolerant, hypocritical dogma of fairy
tales and fairy gods. Our humanity is the one thing we should all agree on.
The root cause is religious intolerance. It
needs to be faced and challenged. The attack in Orlando shows there should be
no compromise with hatred.
Today –
We are all gay.
All Floridians,
all Parisians,
all understanding of this diverse world.
Religion must update or get out of the way. 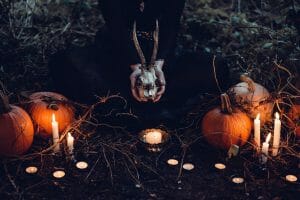 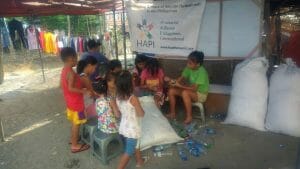 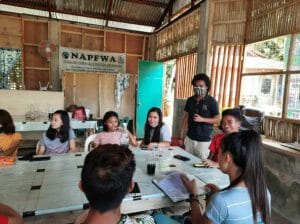 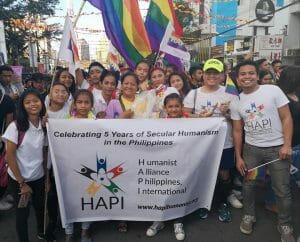 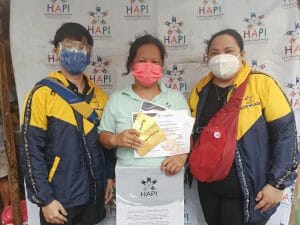 “KAYO NAMAN”: RECOGNIZING HAPI ALABANG VOLUNTEERS “Volunteers are not paid not because they are worthless but because they are priceless,” this is a powerful quote that some of us might have encountered that tells us the true value of how vital volunteers are. It may be when they tirelessly go from place to place or […] 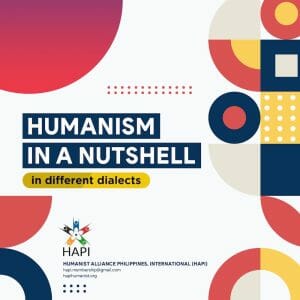 So yes, when it comes to humanism, actions truly speak louder than words… but make no mistake, words can still be pretty powerful! And so we at Humanist Alliance Philippines, International, in acknowledgment and appreciation of the rich diversity of languages in our country, would like to present the Bikolano, Bisaya, Hiligaynanon, Ilokano, Tagalog, and […] 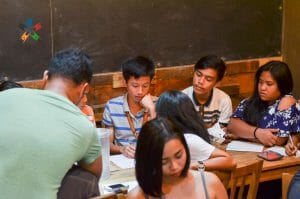