Young humanists from all over the Philippines called for the release of outspoken atheist, Mubarak Bala, arrested because of his Facebook post.

Bala was arrested on April 28 and only after 162 days after his arrest and enforced disappearance was he able to meet with his lawyers.

Bala, the President of the Humanist Association of Nigeria, is well-known within the global humanist community because in 2014 he was also detained and was put in a psychiatric ward for his disbelief of the Ismalic faith.

Filipino young humanists from HAPI Scholars or Humanists Alliance of the Philippines, International Scholars led the call to surface and free the Nigerian humanist activist.

“We cannot just stand back and allow our fellow humanist to be stripped of his human rights just because he exercised his freedom of belief and freedom of expression,” HAPI Scholar’s Chief Officer Javan Lev Poblador said.

Poblador also emphasized that it is high time to put an end to blasphemy laws and ensure that everyone’s rights are upheld no matter who and where they are.

“I want to say blasphemy laws belong in the bronze age but that wouldn’t be right… they don’t belong in any era, ever,” HAPI Scholar from Luzon Sherwin Dane Haro asserted.

Glemir Sordilla, a scholar from Bacolod City and the Assistant Editor-in-Chief of HAPI posted an indignant rhetorical question saying, “where does blasphemy laws end and where does freedom of speech start?”

Meanwhile from Mindanao, Johnny Denden said the manipulation of religious authorities has hindered humans to reach its full potential.

“We, the HAPI Scholars, stand in solidarity with our fellow humanists worldwide calling for the immediate and unconditional release of Mubarak Bala, and for the Nigerian authorities to ensure his safety,” HAPI Scholars posted on Facebook.

They also urged to “keep up the pressure and the noise” and continue the fight to #FreeMubarakBala. 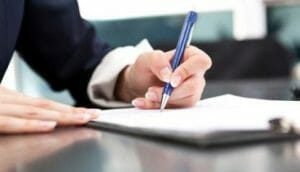 Empathy = the Cure to Cancel Culture? 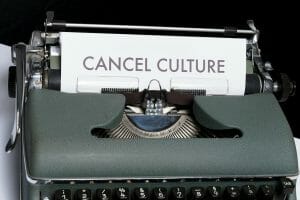 Empathy = the Cure to Cancel Culture? By Edgar Louis de Gracia HAPI Scholar   Cancel culture is a controversial internet phenomenon that has put down a lot of people, innocent or otherwise. In the beginning, the movement’s heart was in the right place, taking down predatory men in power like Harvey Weinstein. Then, it […] 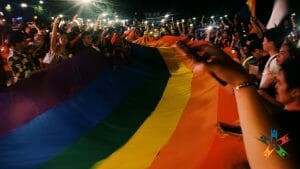 We, the undersigned civil society organizations in the ASEAN region, urge the government of Brunei to immediately halt the full implementation of the Sharia Penal Code (SPC). The said law entails provisions that contradict international human rights standards, including the Universal Declaration of Human Rights (UDHR), Convention on the Rights of the Child (CRC), Convention on the Elimination […] 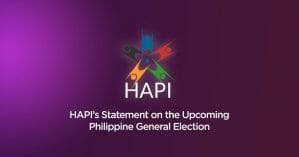 The health and economic consequences of the global pandemic have been among the past year’s challenges. In the upcoming Philippine General Elections on 9 May 2022, we should each exercise our right and responsibility to vote.  Humanist Alliance Philippines, International (HAPI) encourages those who will be voting for the next leader of the nation to […]

Baybayin: How This Ancient Pinoy Script’s Legacy Lives On 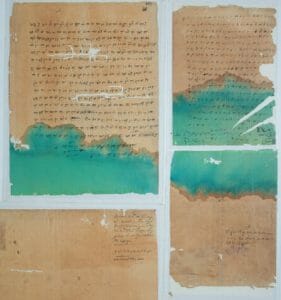 How Baybayin’s Legacy Lives On By Kryshia Gayle Solon HAPI Scholar ᜉᜋᜈ “Pamana” / “Legacy” in Baybayin Baybayin is a pre-Hispanic Philippine writing system that was widely used throughout the islands before the arrival of the Spaniards. The term Baybayin comes from the Tagalog word, baybay, which means “to spell.” Spanish missionaries first documented it […] 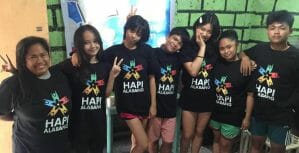 HAPI-Alabang Welcomes New Volunteers By Phoebe Dedicatoria HAPI Scholar Last January 24, 2023, HAPI-Alabang held a meeting discussing some points that new volunteers need to know. The event also became an opportunity to distribute the custom t-shirts that volunteers in the chapter were eagerly waiting for. The meeting started with an introduction to HAPI and […]

Joshua is an a human rights advocate and activist based in Negros Occidental. He is a Nominee for Outstanding Human Rights Defender in Amnesty International Philippines’ Ignite Awards. He is 18 years old. He finished SHS ranking first among more than a thousand of students. A HAPI Scholar.