Audio version of the article. Narrated by Shane Haro.

Striking up a casual convo with HAPI Executive Secretary Filipinas del Valle, the first thing you’ll probably notice is her total lack of a filter. With that rowdy attitude, loud cackle and a potty mouth that would make a sailor blush, you might not take her as one of the most proactive activists for secular humanism in the Philippines, but she is: last August, Del Valle was bestowed with the Outstanding Leader Award by the Foundation Beyond Belief during its 2020 Heart of Humanism Awards for her work empowering minorities and disaster-stricken Filipinos over the past year.

This is when the woman behind the words is truly revealed: a brave, selfless soul with an innate passion for helping the underprivileged.

Raised as the youngest of her brood, Del Valle (who also serves as HAPI Central Luzon Lead Convenor) had two interests from a young age: firstly, the grand beauty of nature. “I literally grew up outside the house,” she told me in our interview. “Climbing trees, hiding in caves, or just frolicking in the nearby creek was my favorite vacation.”

…And secondly, fighting for equal treatment of Indigenous Peoples (IP) in the Philippines. As a girl, Claris initially dreamed of becoming a surgeon, but her priorities quickly changed the more her family members and mentors exposed her to the injustices of the “grown-up world”, including systemic discrimination against IPs and farmers.

Summer and Christmas vacations to her grandfather’s homeland of Mindanao gave her an opportunity to immerse herself in the lives of tribes like the Iranun, Aeta, Lumad, Sama, Tausug, Badjao and Maranaonun, of whom many are local freelance farmers that help with yearly harvests.

The diverse experiences of these trips helped shape Del Valle’s perspective of society and why minorities are oppressed the way they are. Growing up, some of her biggest mentors were Aeta and her closest friends were Mangyan, Ibaloi and Kankan-ey, which also gave her a natural affinity to these minorities’ plight. Additionally, playing with the kids of farmers opened her eyes to the injustices they faced.

“I think I was in 4th grade when I heard the IPs discussing ancestral domain and their rights over it,” Del Valle shares. “By then all my grand uncles and my favorite uncle were dinosaurs, but the elders [would] ask for their help in settling a dispute from an Unat taking something from them.”

It was this moment that finally convinced the young Claris to become a true ally to the IPs, kickstarting a lifelong journey that would turn her into an advocate, community adviser… and even an elder!

Today, Del Valle is the mother hen of an Aeta empowerment effort at Sitio Haduan in Mt. Haduan, Pampanga on top of her duties as HAPI Secretary and HAPI Central Luzon Lead Convenor. (She is actually the latest recruit of the HAPI Board of Trustees, but it was her advocacy with the Aeta that led her to the humanist org in the fist place.)

In 2019, HAPI funded the Mt. Haduan Literacy Project which spawned an Aeta Reading Room for the kids of the sitio. The office of the Tribal Chief was renovated into a depository for educational materials as well as an open area where the children can freely participate in reading activities. At the time, Del Valle considered the Reading Room a big milestone: “The Tribal Chief of the Haduan Clan saw it as a realization that not all lowlanders are just visiting for the sake of tourism,” she said in her report of the project‘s launch. “He saw the sincerity of HAPI to make the proposal sustainable as it promised to be part of the community for at least ten years or more.” 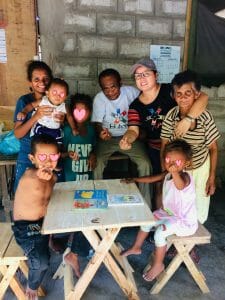 Apart from the Literacy Project, Del Valle also organizes an annual tree planting event, regular nourishing programs for the kids and even an immersion program for outsiders (“I made sure it is not political in any form.”). She’s effectively also an “engineer” for Sitio Haduan, bemoaning to me how difficult it is to build a communal restroom up on the mountain without an easily accessible reservoir.

But these projects are only the beginning of Del Valle’s vision for Mt. Haduan: throughout the next five years, she also seeks to plant five thousand fruit bearing trees for the future of the Aeta scholars, record/print the oral history of Aeta Mag-antsi (an ethno-linguist for IPs) and further renovate the Reading Room so that fifty students can fit inside at one time.

Ultimately, Del Valle tells me, her goal here is to help empower the children to live with dignity and culturally confident to face the changing times. That’s one fierce mother hen if there ever was one.

As you might imagine, continuing her advocacy efforts as the pandemic began was not easy for her.

“I do not believe in the word impossible,” Del Valle asserts. “Difficult, yes… we will encounter all sorts of obstacles in any given situation, but it will be up to us to look for ways to make things happen.”

And indeed, she is a woman of her word: throughout the onset of the lockdown in March and April, the Taguig native spearheaded HAPI’s Campaign for Frontliner Assistance, with assists from HAPI Operations Head Mary Jane Valenzuela and HAPI Chief Finance Officer Edwin Bulaclac.

First leading the Relief Operation for the Jose Reyes Memorial Hospital and AFP RESCOM & PNP-CSFP Command Centers, Del Valle also distributed hygiene and food packs to the women & children of Bahay Pangarap and of course, to her Aeta family in Sitio Haduan in Mt. Haduan as well as to the mountain’s other sitios. 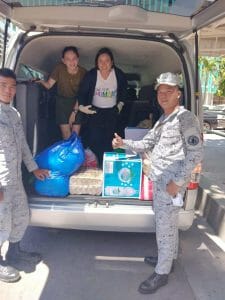 By the end of May, she had assisted the HAPI HQ distribute more essential items to its affiliated frontliners, raise funds for single mother care recipients and delivered aid to IP scholars in Benguet. In total, HAPI was able to assist roughly 480 families, affiliated organizations and beneficiaries.

Though she admits it was a bit harder to implement action plans during the pandemic, Del Valle credits her network of advocate friends for helping her make the campaigns successful. In particular, she praises HAPI members for pitching in and making the organization’s COVID-19 relief operations possible in the first place. “[They] stepped up within their means. And it should always be that way at any given time: a disaster should not dictate our humanity, in fact it should empower our humane capabilities.”

It was Del Valle’s activistic family that instilled the virtues of humanism into her, pretty early on. “My Mama was the one who introduced me to humanitarian work. [W]e would host feeding programs [and] as early as I can remember people will visit our home just to ask assistance,” Del Valle recalls. “It was drilled into me that practicing [this] will be habit-forming then eventually it will define you as a person.” 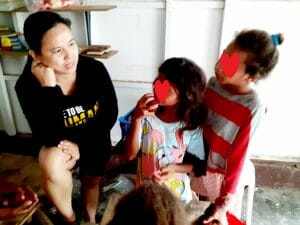 Her grandmother gave her empathic insight as well, telling the young Claris that “just because you are comfortable, it does not mean others are not suffering.” That emphasis on selflessness and goal-setting eventually influenced Del Valle’s own work ethic as an adult. When it comes to work, Del Valle is decidedly no-BS: “[A]s soon as I realize that the organization I am being associated with is either going political or using me for other purposes that do not sit well with my prejudicial beliefs, I forget about them,” she bluntly puts.

“I [c]an be very loyal to a fault and I give my best all the time, but if it is time to go separate ways, I just do it without any regrets and reservations. What is the use of staying when you will feel miserable?”

In time, Del Valle intends to go back to college and take up a Doctor of Philosophy degree in Social Management; the dream is to eventually put up a secular humanist school in the Philippines and get it accredited by the Department of Education.

But even now, she is humbly able to look back and just be thankful for getting this far. “I will always be grateful to people that shared the same advocacy as [me], those that sincerely support and are not thinking of how to be famous because of the advocacy,” she says. “Being surrounded with same-minded people will help any campaigns I mount to be successful.”

Most of all, Del Valle credits her Aeta family for centering her during a turbulent time in her life. “It was the Aeta family that helped me see,” she says. “They refused to believe that I will have a mindset like the people that pretend to be their protector but in actuality were the usurper of the Aeta’s resources. So when I finally realized that it is best to spend my hard earned bucks to good use, I promised myself I shall spend it in education.”

That she did, and more. Really not bad for a potty mouth.

The HAPI book : From Superstition to Reason Second Volume 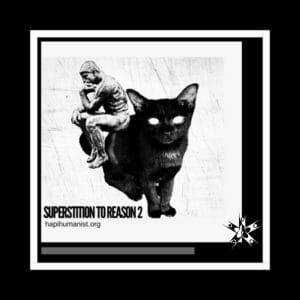 As our  final project and contribution to humanity, I am launching the HAPI book: From Superstition to Reason second volume today at AMAZON.com https://www.amazon.com/dp/1717758061/ref=sr_1_5?keywords=From+SUperstition+to+Reason&qid=1577199725&s=books&sr=1-5 It is even Free at Kindle :https://www.amazon.com/dp/B08337ZBRF/ref=sr_1_1?keywords=From+SUperstition+to+Reason&qid=1577199898&s=books&sr=1-1 I am seriously contemplating to leave all activism in 2020. HAPI now, has the best officers/volunteers,  therefore,  I  can only  be on the sidelines. […] 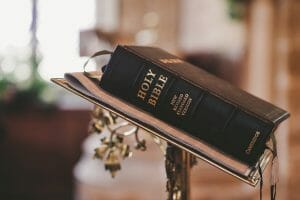 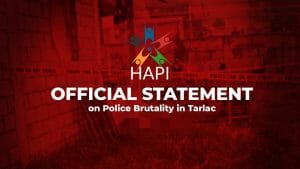 HAPI’s Official Statement on Police Brutality in Tarlac   On December 20, a video surfaced on Facebook that of Police Senior Master Sergeant Jonel Nuezca who shot and killed 25-year old Frank Gregorio and his 52-year old mother Sonya Gregorio in broad daylight after a heated argument with regards to the use of a ‘boga’ […] 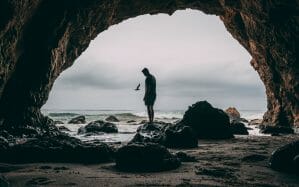 Sherwin Dane Haro (“Shane”) is a freelance host devoting his voice to the advancement of secularism. His current religion is “Kylie Minogue”. If he could have more of anything, he’d choose “height”. Total sucker for that crazy little thing called love.